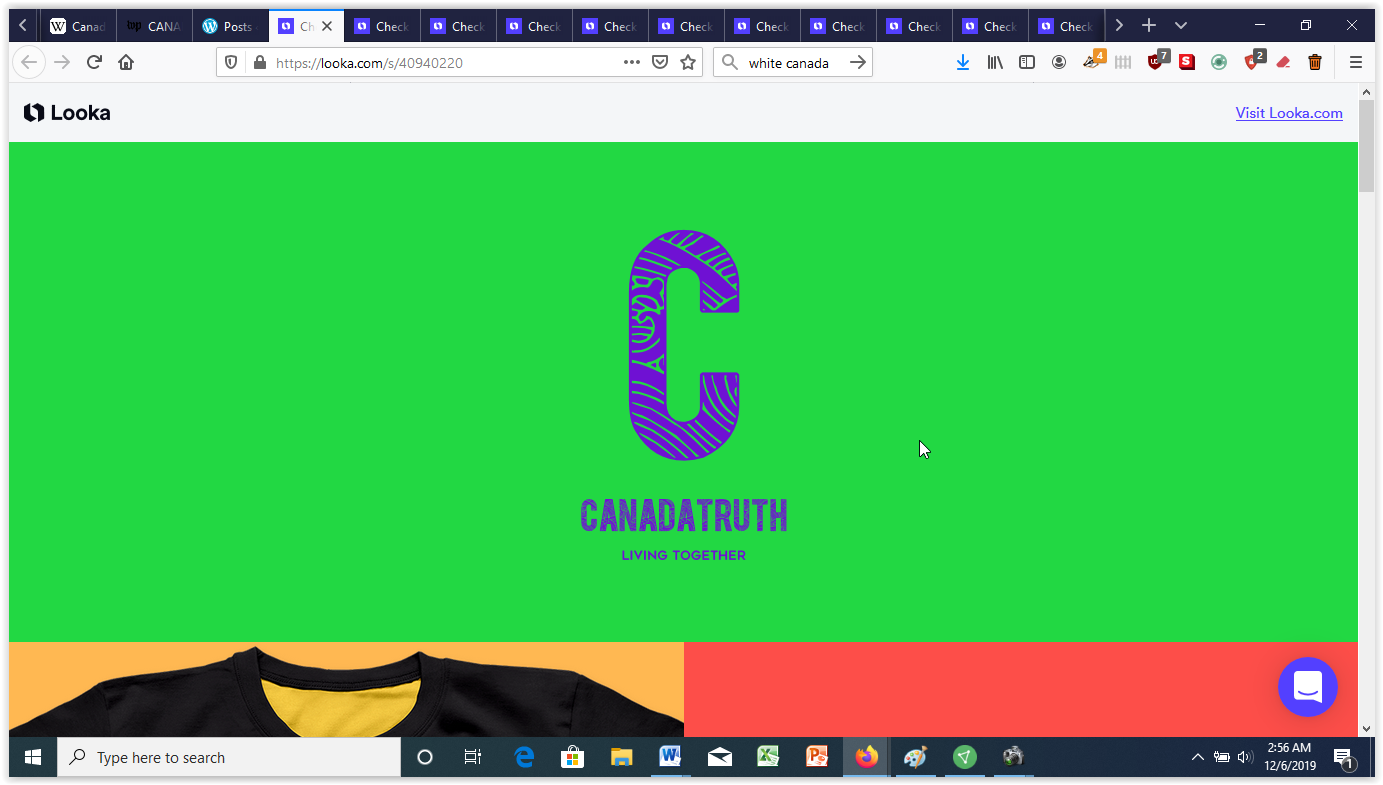 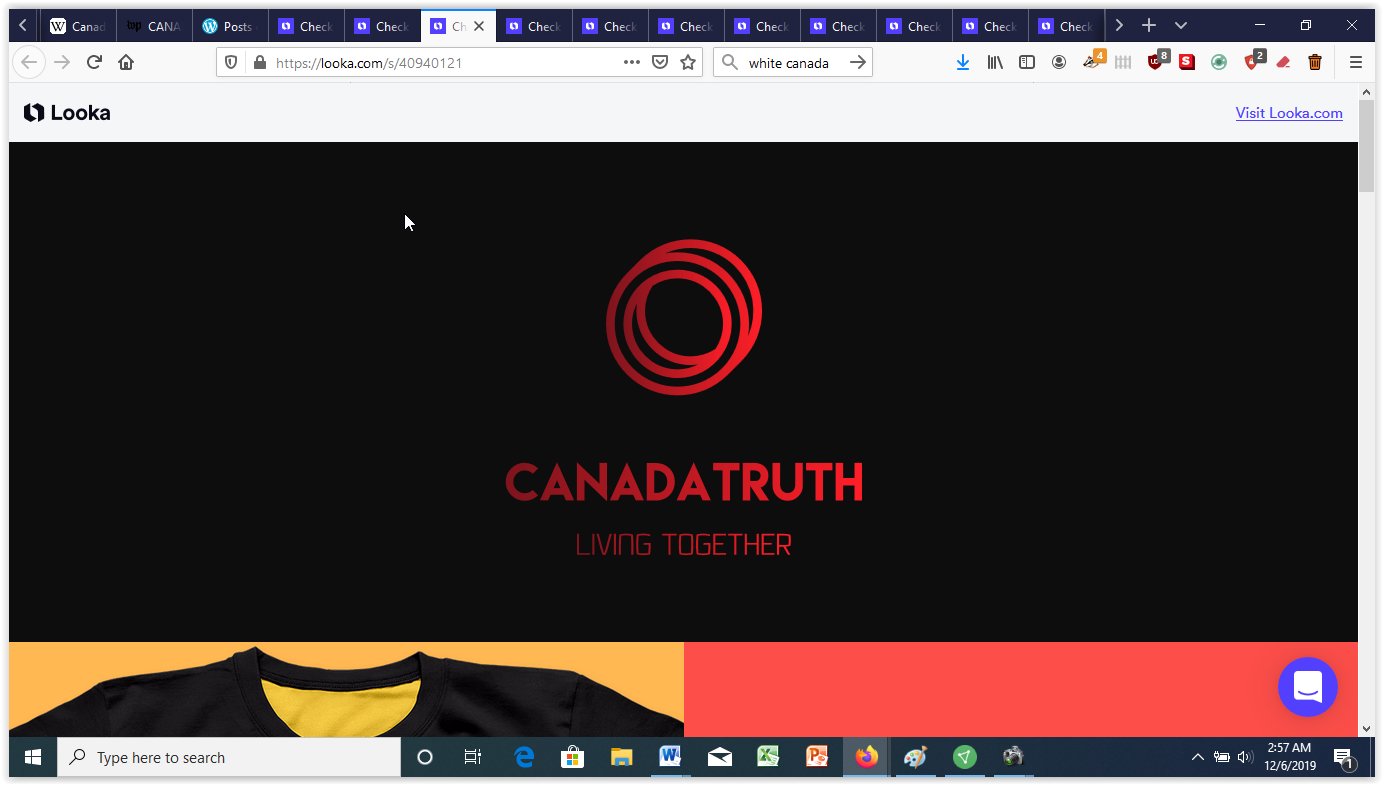 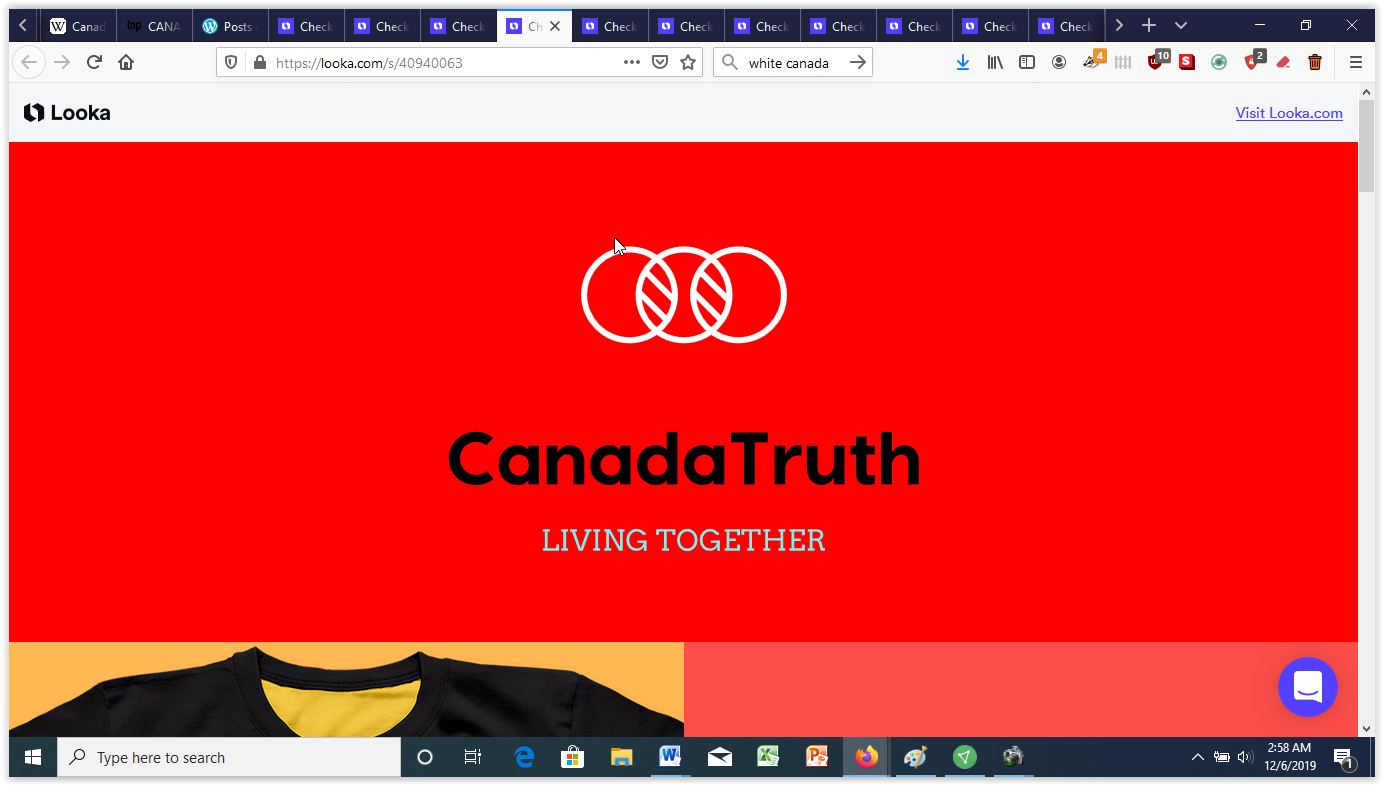 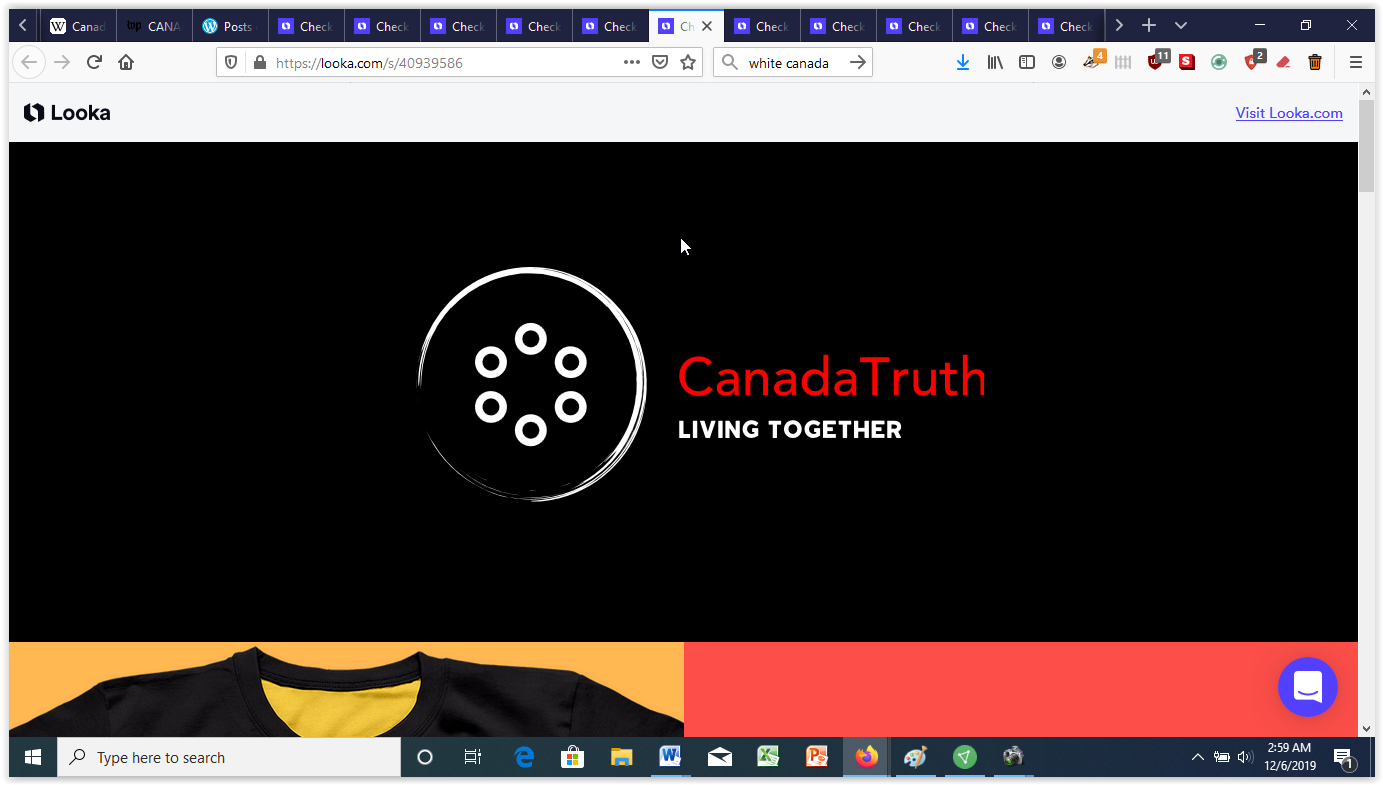 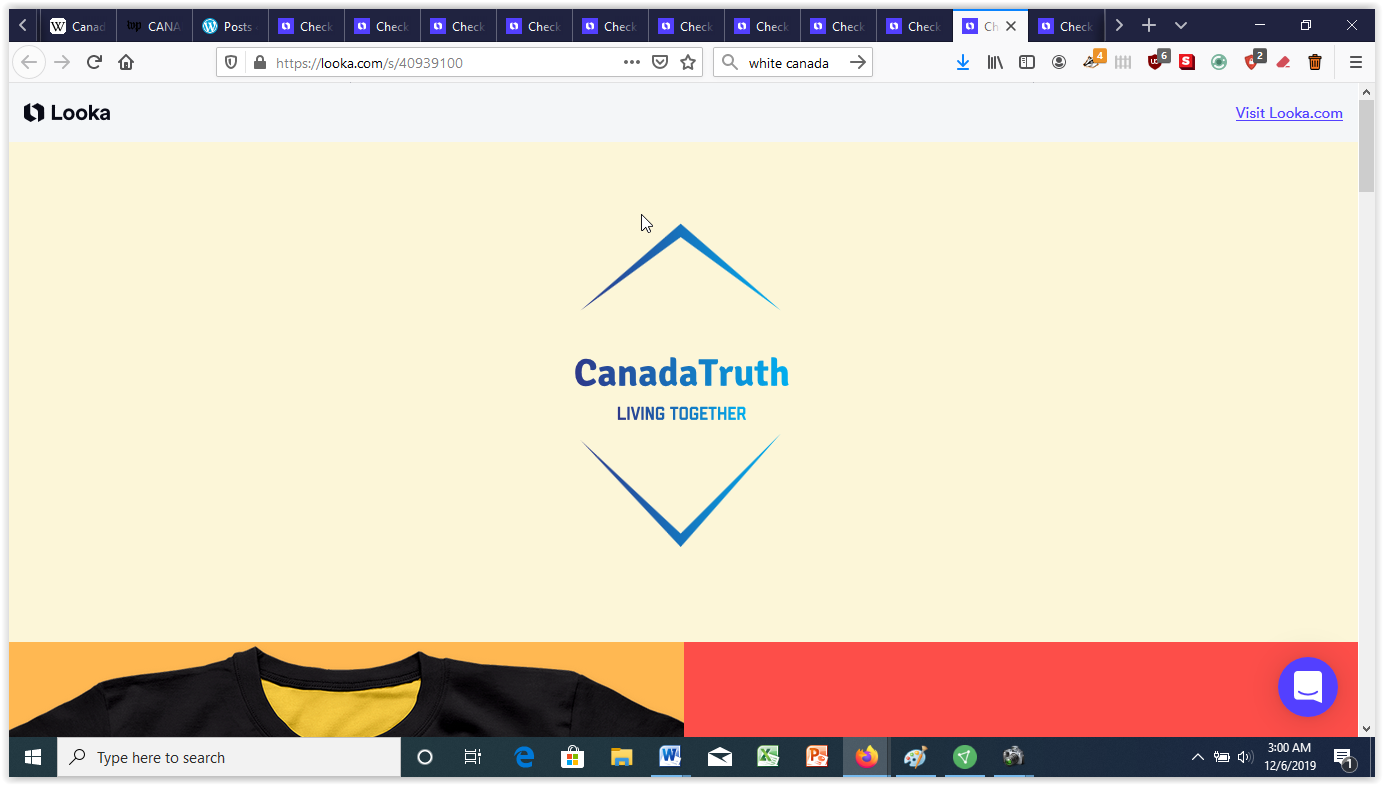 Today, I came back to my parents’ place and opened my laptop to find a ‘DNS error’ page for ‘CanadaFirst.wpengine.com‘.

Firstly, I had not typed in this unfamiliar webpage on my laptop – yet there it was – which means someone must access my computer remotely to open this page.

I had no idea what ‘CanadaFirst’ was until I watched the evening news. I learned that provincial premiers across the country had met today – putting aside their political differences, pet issues, and regional agendas – to find ‘common ground’ and discuss how to foster ‘national unity’. The theme was ‘CANADA FIRST’, exactly how it was headlined on TV.

So, yay! But here’s where it gets interesting:

What is quickly *flashed* at TV viewers may not always be found in a more permanent print news format.

I did an internet search for “CanadaFirst” + “premiers meeting”, and nothing about the inter-provincial conference turns up. BUT here’s what I found instead…

Turns out the original “Canada First” political movement started in 1868, and they “promoted the British Protestant component as central to Canadian identity.”

I don’t disagree with the objective above, to be honest.

But what if you are an existing non-Anglo Canadian citizen – even born and raised here, or say, a 4th-generation Canadian, like my relatives and various friends?

I know from how much I have been persecuted, threatened and both myself and others harmed (2003 to 2005; and presently in 2019), that however ‘loyal’ and ‘committed’ you may be to Canada, the secret police may not DO RIGHT BY YOU – especially if you are a person of colour, or do not otherwise fit into their elitist agenda. It’s a sad and deeply troubling situation.

Here are news articles reporting on this December 2, 2019 premiers’ meeting, which seems to be surprisingly “unified”, and also puts the extremely unpopular Conservative Ontario Premier Doug Ford (who was openly booed in June) now in the driver’s seat.

Ford’s completely uncharacteristic phraseology about the whole adoption process and the next steps is beyond freaky. Since when is Ford an *inclusive* team player?

This is utterly unlike the past many decades, when politicians predictably engaged in turf wars and had competing agendas, and then, usually walked away with hidden reservations or disappointments – ie, business as usual.

These news articles are from July 2019, just 5 months ago:

What makes me think there is any connection whatsoever between my “surveillance years”, socio-environmental thoughts, this “CanadaTruth” blog, and my once-passionate concerns about both Canadian standards (cultural, ethical, legal) and Canada’s future?

Among other things, I’ve long argued that politicians and government bodies ought to use participatory learning and transformational team-building practices, and other social innovations, to help them overcome partisanship and entrenched political differences. This would allow everyone involved to be more creative and productive – in order to achieve truly strong and holistic nation-building. Just as the provincial premiers are suddenly doing!

NOTE: I was also extremely vocal about the need for above, when former U.S. President Barack Obama got into office, and he was clearly faced with an uphill battle working alongside Republicans.

EDIT (December 2, 2019): The news story, below, broke the day after I wrote the comments above. And I’ve been typing a separate email about a renewed Canadian agenda and CSIS’s widespread and growing network of moles / co-operators, for what is essentially ‘white supremacy’ and social control. I don’t have any beefs about it, in spirit, but obviously I disagree with how this will be accomplished.

CNN: Booker says he was ‘taken aback’ by Bloomberg calling him ‘well-spoken’
https://canadatruthcom.files.wordpress.com/2019/12/cnn-com-480xfullphone-92c696-1.jpg

Here’s the kicker: My surveillers have long known about my personal hang-ups over language and my increasing inability to articulate myself – due to a variety of factors, including the removal of 7 teeth / 4 permanent teeth as a child (ok, see how crazy and neurotic that sounds?).

And yet, CSIS et al have been capitalizing on this and many other subtle ways they’ve learned to undermine people of colour and upset or dislodge their social power – based on their extensive surveillance of me and many others, mostly from 2000 onward – as proved by Bloomberg and Booker clash, above.

Corey Booker is the only African-American presidential candidate still in the democratic race; and Bloomberg has just entered it.

This is far from being the only time when things that I’ve just written correspond closely to things happening to and around me, AND also with current and unique Canadian and American news stories (often too many to keep up with, frankly).

Sounds crazy – except in light of techno totalitarianism, plus my persistent email / website / internet troubles the past month, which remind me of the endless, unlikely difficulties I experienced back in 2003 to 2005 – I now know that anything is possible.

What is happening to me now, in my home and at my workplace and elsewhere, is equally sinister. So sad to see generally good people stoop so low. Welcome to 2019.

Between 1998 to 2005, and more recently, in October to November 2019, I repeatedly expressed thoughts on how we might foster sustainable socio-environmental change, as well as the need for collective healing and finding common ground, particularly with the use of transformative learning and organizational learning approaches. I keenly believe this and other “outside-the-box” approaches would help us create a more unified and robust Canada.

Problem-solving various challenges – no matter how small, and in whatever sphere of society – was a habit of mine. But no one listened, of course – except CSIS and the FBI.

(Quotes by Warren Bennis, four-time advisor to past U.S. presidents.)

My recent outspokenness on various topics (federal election, evolutionary biology, socio-environmental change, the decline of Western civilization, mental health, etc), while repeatedly recounting to others the trauma of past surveillance – to help reclaim my life and my truth – seems to have reactivated antagonistic forces.

“Canada First” revivalism and what conservative players in both Canada and the U.S. have possibly learned from their seemingly in-depth study of my life and others’, plus my experiences of alienation, subjugation and harm, and ongoing thoughts on socio-environmental empowerment – are quite likely courtesy of CSIS and FBI co-operation.

At a long-ago former airline job, where I worked as a publications co-ordinator (1995 – 1997), I attempted to put forward a transformative proposal for centralizing information management (internal and external) to help improve information Accuracy, Accessibility, and Accountability worldwide – yet my ideas and work were stolen by others and presented as their own.

Twenty years ago, I also wrote that ‘governments are an organization like any other,’ and therefore, need to function effectively and efficiently, like any business or non-profit. But while many desire a streamlined and responsive government, some politicians (usually conservatives) in Canada and the U.S. argue for smaller government, yet a few ‘bad apples’, once in power, seem to run a totally divergent agenda of undermining public power, dismantling cornerstones of society like education and healthcare, or secretly profiting from their political position and influence. Somehow, the public are often blind to all this, or resignedly accepts these wrongdoings. (How else does one explain the continued popularity of U.S. President Trump or past corrupt Canadian prime ministers?)

Basically, I’m on the fence about this covert “Canada First” renewal – probably because CSIS et al have been making various attempts to harm my health for wanting to validate my past experiences of surveillance, and hence, expose and prevent further power abuse. I’ve also had a surprising amount of recent anomalies directed my way at work, since November 2019 – including people putting something in my tea, TWICE. It’s a pretty sad situation, actually. I used to like my workplace. Pictures to come…

This site uses Akismet to reduce spam. Learn how your comment data is processed.